After making about 50 trips over the last 22 years, I put together this list of surf breaks in Costa Rica that are great for beginners. These waves in general are awesome for their small size and are easy to catch. Sometimes though the swell is too big and these spots are not safe or easy. And at other times they are too small to surf and you’ll just be practicing your paddling form. However, the vast majority of the time they are perfect for learning to surf in Costa Rica.

Tamarindo is the most popular beach in Costa Rica to learn to surf. It has soft light tan sand, and a long stretch of beach with only a few rocks in the lineup (in front of the Tamarindo Diria and then farther south). The advanced surfers surf near the rocks or at the rivermouth on the north end end of the beach. Most days of the month from November to April, the waves are waist high or less. Even when the surf is bigger, the reform is perfect for pushing learners just enough so they have momentum to help them stand up. The town has a dozen surf shops, each with instructors and boards to rent.

Playa Cocles is another light sand beach with no rocks in the lineup. From April to November the waves are small, but most often there is something to ride. When it is big, beginners should beware as the rip currents are strong. There are two places to rent boards right on the beach, and they will offer lessons. Another contrast is there is no development right on the beach, so you can walk south and just see the jungle, the mountains, and the sea.

Nosara is now recognized internationally as one of the best surfing beaches in the world. Its wide, light brown, soft, sandy beach is bordered by rainforest covered hills. The town has a laid back vibe and the beachfront is tropical due to their policy of not allowing construction within 200 yards of the beach. The waves peel towards the beach with excellent form due to the gradual contour of the ocean’s bottom. The bigger swells do come, but after the wave breaks on the outside, the reformed wave has less power and is great for learning on.

Jaco is a growing surf town, popular not just with tourists but with locals from the capital, San Jose, who come every weekend. The beach is bordered by steep hills shrouded in tropical foliage, and at the south end, it’s very wide with almost no slope helping the waves break evenly. The south end is also sheltered from the Southern swells, keeping the waves often knee to waist high. Farther north along the beach are bigger waves that work well around higher tides.

This amazing stretch of beach has soft brown, volcanic sand and has offshore islands that block most of the swell, and is bordered by the famous Manuel Antonio National Park to the south. You cannot surf inside the park boundaries, but just to the north the beach is great for learning. The bottom is sandy and the surf does not break too far outside. Bigger waves can be found by walking up the beach, but watch out for riptides and lots of closeouts.

When the waves are big in Dominical, most beginners head to this little bay sheltered from the south Pacific swells. It’s popular for keeping the waves small, and at knee high has just the right amount of power to get beginners standing up. It has some small rock formations that show at lower tides to surf schools often catch it at just high tide, where you can still ride the wave on to the sand. The best part is when you are out in the water, looking back at the rainforest and towering emerald mountains in the distance.

Although it is not a pretty beach, the length of your rides at Boca Barranca more than make up for its grit. The rivermouth is about 200 yards wide and the sand bars that are formed sit perfectly for a south swell to break along them, creating rides over one quarter mile if you are lucky. It needs swell to start breaking and when it is big the outside waves are challenging with the fast moving drift. Beginners can sit as far as they want inside to catch the last part of the left-breaking wave and still get long rides that are not too fast or hollow.

Like Boca Barranca, Pavones is a really long left that is bordered to the south by a wide rivermouth. Another feature is the tropical backdrop and friendly small town vibe of the area.When it has size, the beginners sit toward the end of the wave, but due to its location inside the Golfo Dulce, it needs a lot of swell to get big. Most of the time it is a knee to chest high wave that is easy to catch and ride for long distances. Surfers should be careful when walking out over the rounded rocks to get out to the lineup. And beginners should always look behind them to be sure another surfer is not on the wave. Respecting the locals here is key to having a good time in the lineup.

The ‘salt and pepper’ colored sand on this beach is soft and wide, making it ideal for learning to surf. Waves are generally no more than waist to chest in size, and there a few rock ledges that are easy to spot and navigate around. During bigger swells, learners can still stand up on the reforms. The mountains here push right up against the coast, helping create offshore winds in the morning to groom the surf. The beaches of Santa Teresa to the north and Mal Pais to the south offer steeper waves, luring away the more advanced surfers.

This beach, officially called Playa Chaman, offers a very wide sandy beach and is protected from large swells by offshore islands and the ‘Whale’s Tail’ – an amazing coastal formation of sand and rocks that looks like a whale’s tail. At higher tides the waves will break in knee to waist deep water, giving learners a safe and long ride to the shore. Due to not having many hotels or houses nearby, the beach is often empty save a few surf camp groups and locals on holiday, looking for a secluded getaway.

Another beautiful beach on the Nicoya Peninsula popular with the locals, in Samara it never gets big. Most of the time it is knee high with only a rare bigger day, and often it can be flat. The horseshoe bay is protected by the tropical hills, blocking most swells from entering. The beach itself is very wide and slopes gently, with light brown sand and gently peeling waves.

Of course any beach can get swell and with that, dangerous rip currents, so follow these tips. If you are taking lessons, use an ISA certified instructor from a reputable surf school. Use a surfboard that does not have a lot of damage and has a secure leg rope. If you get caught in a rip current, do not fight it. Wait for it to lose power and then paddle parallel to the shoreline. Before paddling out, ask a local where is the safe place to paddle out and come in. And of course, always surf with a buddy! About the author: Greg Gordon is the owner of CR Surf Travel Company and the Costa Rica surfing website – www.crsurf.com. He has lived in and traveled around the ‘Rich Coast’ since 1996 and has surfed just about every well known break, often dozens of times. If you are ready to come to the land of ‘pura vida’ and learn to surf in Costa Rica, contact him through the website or catch him on Instagram @crsurf. 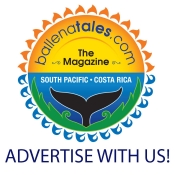